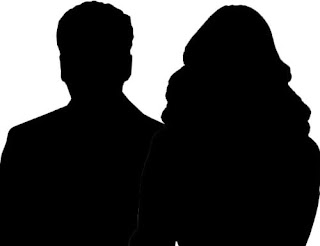 – Idol star A, who is gaining popularity for his innocent image, is infamous for his rough, free-spirited private life unlike his image. A is worrying others because he’s been obsessed with R-rated films. A is very much into a hard-core genre. A’s schedules have been cut into short for various reasons. He spends his free time with R-rated contents. A has unusual preferences and his actual attitude is also thoughtless and rough. He doesn’t have good reputation from his friends and girlfriends he met after debuting. Because of his preferences, he had a lot of conflicts with his girlfriends as well. But there’s no one in his agency who can stop A’s unusual preferences, so they can’t do anything but sigh. (July 1)


– Singer D, who appeared on an audition program, dated a divorced woman 10 years senior with a child. D was an unknown singer, but he became famous from the audition program. D’s girlfriend became afraid that he would leave her, so she’s using her son whom D adored to keep contacting him. The son would contact D and say, “Uncle, where are you? Come pick me up.” “Uncle, when will we see each other again?” Due to the sympathy D feels for the son, D still can’t break up with his girlfriend. People are interested in how D will handle this situation later on. (June 15)


– Girl group member G, who used to be on every channel, has been out of the eyes of the public for a while. Until a few years ago, G was a very popular idol and she had endless schedules. But G hasn’t appeared for a while and made a lot of people curious. The reason why G’s TV promotions are stopped is because of a big fight between G’s father and her agency’s CEO. G’s CEO is a fossil of the music industry with a long history of experience. G’s father is also an unforgiving “psycho”. Both had a huge fight regarding to G’s promotions and as a result, G had to stop all of her promotions. Unless her father and her ‘agency father’ make up, we will never see G’s face again. (June 15)


– Actress G is infamous for dominating her celebrity boyfriends’ physical and mental completely. Since she was a rookie, she only dated popular male celebrities. There’s a famous story of how a hallyu star H jumped into the road when G broke up with him. After getting dumped, H would go to G’s agency and go on a diet when G would go on a diet. H was obsessed and clingy on her like that. Another handsome star I even attempted suicide after breaking up with G. Recently, a man she’s dating is a close friend of a top star J. Like what she does usually, G is controlling him by dominating his physical and heart. But the problem is that the top star J is also dominated by G and is acting like a fool. Those who don’t know well even suspect that G is dating J. What could G’s magic be? (May 18)


– Girl group member E is making her agency struggle with her craziness. Unlike other talented, popular members in her group, E is lacking in singing, rapping, and dancing. She’s full of inferiority complex. Recently, E put on an insane action at an airport and proved the rumors of her craziness. E was going through immigration with other groups for an international schedule. All of a sudden, she started swearing in the worst way, got bubbles in her mouth, and dropped on the ground. The manager quickly tried to stop E, but he couldn’t stop the eyes and the ears of the nearby people. E ended up not getting on the flight and only the rest of the members went to the schedule. (April 28)


– Girl group A’s members are taking turns to cause trouble, which worries their agency. They debuted a while ago but every year, they’re chosen as a ‘rising girl group’. A is an ambiguous group but the members already act like they’re world stars. Member B views other members as inferior because she thinks she’s on a different level. She also demands for special treatment in every event so she’s picked as the ‘most cancerous member’ by managers. Member C, who is talented in singing but has below-average looks, has also backstabbed the agency multiple times, which increased the blood pressure of the managers. Other members would also agree on a schedule, but once they arrive on the spot, they say they’re having panic attacks, collapse on the ground and cry. A’s agency says, “We only get CF offers for years. If one is about to be confirmed, one would member would collapse and we would have to pause promotions and delay the release date. Because this happens all the time, A will end up disbanding without filming a proper CF.” (April 27)