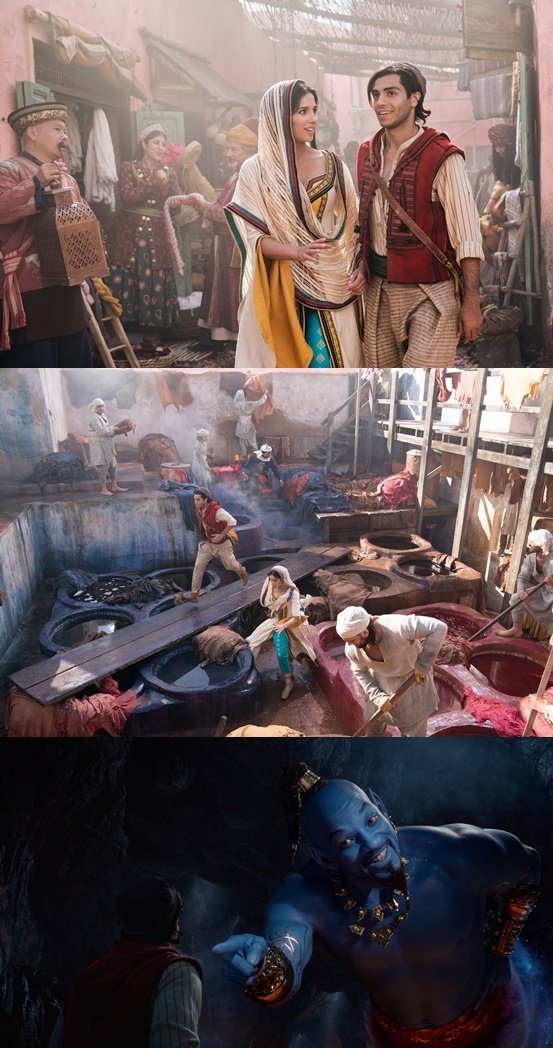 Article: ‘Aladdin’ surpasses ‘Money’ and ‘The Gangster, The Cop, The Devil’… Top 5 movies in 2019
Source: Star News via Nate

3. [+857, -30] I watched Aladdin with my husband and kids. It was dubbed but me and my husband enjoyed it a lot! I really recommend Aladdin!

6. [+68, -0] I’ve wondered how a live action adaptation of Disney would turn out. The original work was solid enough and with Disney’s financials, the movie was great. Lion King was my favorite one so I’m absolutely excited for that one.

7. [+65, -0] It reminded me of watching Disney movies in Sunday mornings. I’m much older now but the movie took me back to the young days. It made me happy.

10. [+56, -1] I went to watch it with zero anticipation but I came out with the happiest face in the world ㅋㅋㅋㅋㅋ I’m gonna go again next week to watch it in 4-D.

12. [+47, -7] Instead of ‘Aladdin’, they should’ve called it ‘Genie’ instead. Genie had the biggest presence. The next was the female lead. The male lead was useless. In the anime and the original movie of Aladdin, the male lead is really charming but in this version, he was nothing but a thief. The biggest thing was that he can’t sing at all.