All FNC artists are not doing well? 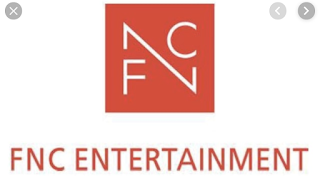 Lee Jonghyun – left the group after a controversial DM

Pann: FNC is about to flop

1. [+198, -3] The problem of SF9 is they’re never becoming popular ㅋㅋㅋㅋ Chani became popular after Sky Castle, so they could’ve done well if they released a song like Now or Never right after. Instead, they pooped a big time with Enough and went on an international tour ㅋㅋㅋㅋ They’re the biggest idiots, FNC. There are so many handsome kids in SF9 and the members are funnier than gagmen on variety shows, it’s a pity. Well, I can’t really blame the agency only since the members don’t have a good attitude, either. Those who saw them in real life would know that the members don’t have any affection towards their fans at concerts and fansigns ㅋㅋㅋㅋ A few of them work really hard but some members don’t put any effort. I used to stan them but I learned why some idols are not meant to be popular. So I left the fandom.

3. [+77, -3] There’s nothing wrong with SF9, though? I don’t think the withdrawal of N.Flying was critical. The real problem is the foreign members leaving Cherry Bullet.

8. [+21, -0] I’ve seen many agencies but FNC must be the worst agency for singers. All they care about is money. The artists have to promote themselves. No concert video. Crappy music videos. Unclear income division. No protection for artists from baseless rumors. There’s a problematic member in every group. Endless international tours without domestic promotions. They don’t know how to maintain the popularity ever since FT Island. I can criticize FNC all night.

9. [+20, -0] SF9 could’ve became popular if they released a song like O Sole Mio after Chani was done with Sky Castle. FNC is an idiot ㅋㅋㅋㅋ