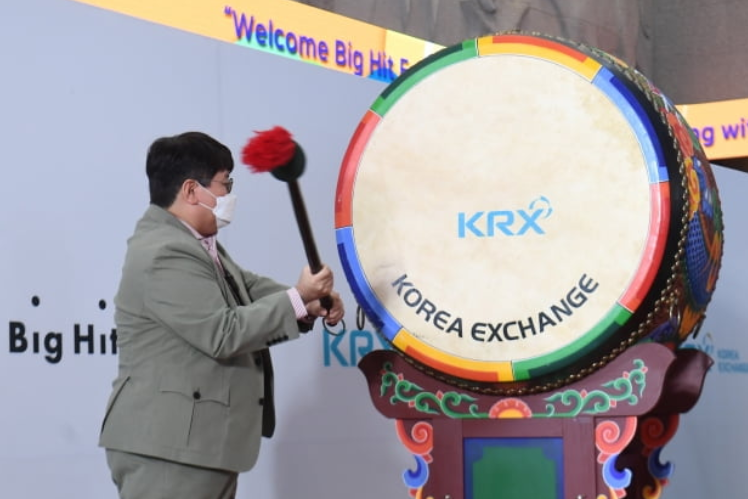 Article: Big Hit’s stock price cut in half due to massive shareholder sell-offs

Big Hit, which has BTS, entered the stock market on the 15th but the cheers were brief.

The agency only stayed on the upper limit for two minutes and since then stock prices have been falling and investors have incurred massive losses. The closing price as of 23rd was 172,500 won. The loss rate for investors who bought at upper limit on first day is over 50%.

One of the angry investors wrote, “This is the biggest con operation since Dangun. This is about major shareholders selling their shares in large quantities causing the stock value to be cut in half. There were stock sell-ofs on first day of listing with no protection deposit and all the ants bought them up.”

Controversy over huge sell-offs of stock aiming at loopholes in the system is not expected to subside. 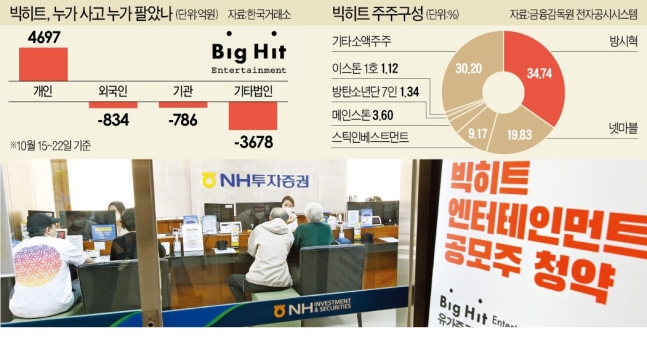