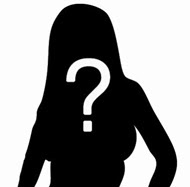 Article: Girl group fool F, staying up all night by making love with her boyfriend she likes so much…


These days, a girl group member F is staying up all night by making love. After many attempts, she succeeded in taking her boyfriend to an international event in the beginning of the year. But on the day of departure, her dumb boyfriend forgot to bring his passport. F kept insisting that she was getting on the plane only if she was going with her boyfriend, causing trouble to her agency. They had to change her flight 13 times, which costed 10 times more than the original cost of $500. Besides, she was late and missed the rehearsal. While the other members were rehearsing, F posted a bunch of exotic pictures on her social media and acted like a ‘fool’, upsetting the hosts of the event. Because of F, her group was deemed to have ‘violated the terms’ and did not get full payment of the event.


Pann: Blind item of a female idol and her boyfriend

2. [+309, -1] If she’s able to take her boyfriend and change her flight 13 times, she must be from a very influential group. She might not be a 1st tier but still very popular.

7. [+122, -0] If this is true, it’s hilarious. That boyfriend was stupid enough to forget his passport and the girl group member is called a “fool” in an article ㅋㅋㅋㅋ

8. [+108, -12] Red Velvet hasn’t had promotions since Wendy’s injury. Twice doesn’t have their own social media. Blackpink seems to be the best guess. But it said they didn’t get the full payment of the event, so I don’t think this is a world tour. Blackpink didn’t participate in idol events like K-cons. I don’t think it’s any of the three groups.