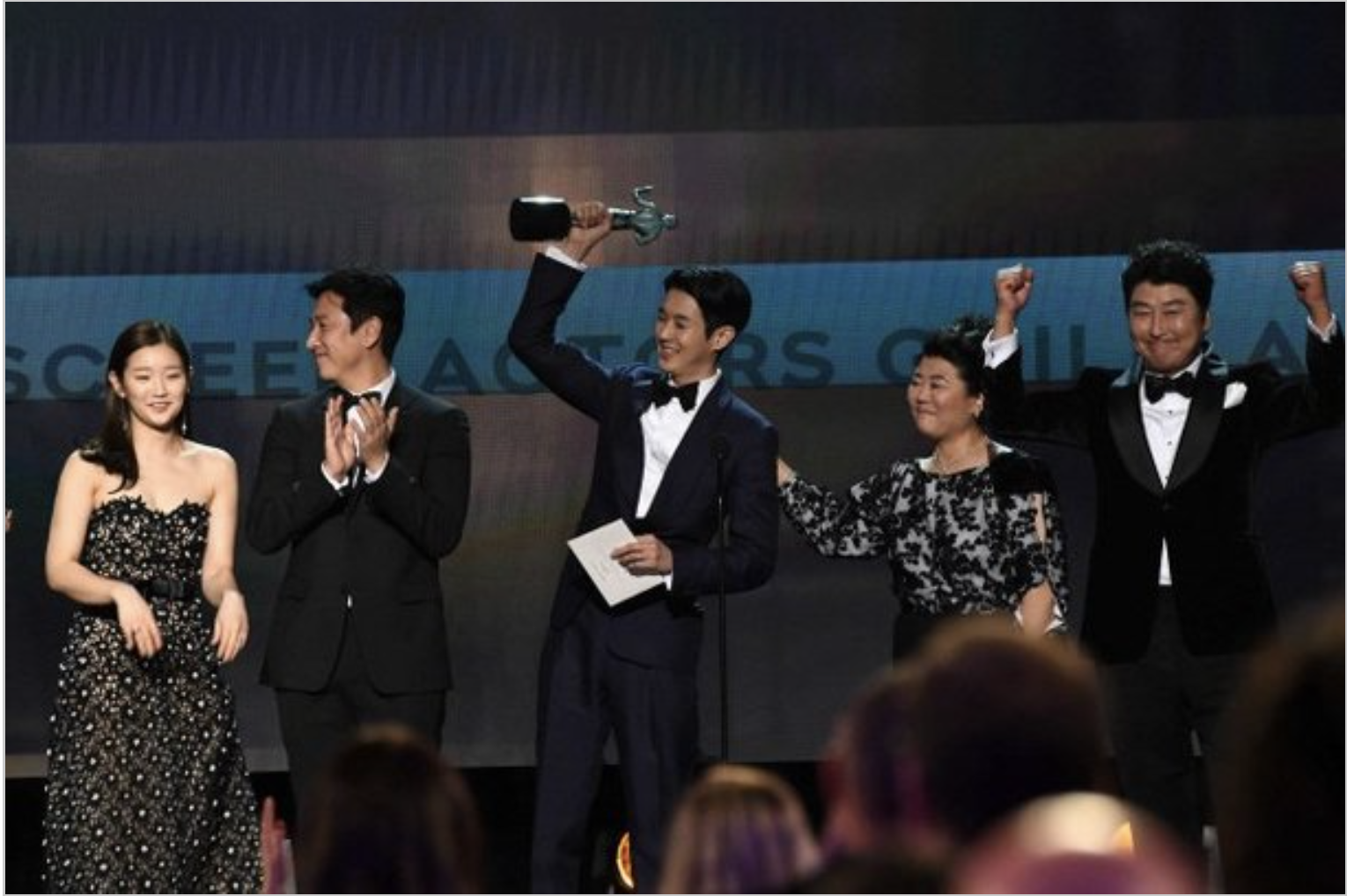 Article: ‘Parasite!’ Fists curled as the name called… Round of applause


2. [+553, -10] I didn’t know there were so many film awards until now! The movie is sweeping all awards! I don’t know what this award is but since they call it the most honourable award, I’m just proud!!


6. [+58, -2] What’s shocking is that I thought their basement life was the makjang but there was a bigger makjang of underground life…


6. [+39, -2] It means they won the award in front of big Hollywood actors, directors, and staffs! Wow, it gives me goosebumps! Look how relaxed and confident they look! I’m so proud of them!