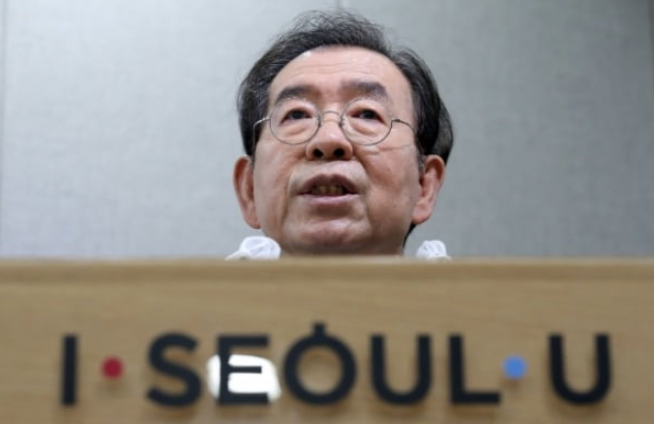 According to police, the daughter reported to the police at 5:17pm on the 9th that “her father left home four to five hours ago, leaving words that sounded like a will.” At that time, Mayer Park Won Soon’s phone had been turned off and his last known location was near Seongbuk-dong.

Police have deployed drones and police dogs to try and locate the missing Mayor.

An official from the Seoul Metropolitan Government stated, “Mayor Park did not come to work today due to health problems. As a result, we announced in the morning that we would cancel all his schedules.”

Some have heard some unconfirmed rumors that Mayor Park has been embroiled in allegations of “Me Too” but the Seoul Metropolitan Government refuted the rumors stating they were “groundless.” However, there are reports that a Me Too was actually filed and received.

In the meantime, police stated it was difficult to reveal more details in order to maintain security. His phone is still said to be off and the Mayor’s last Facebook post the day before stated, “The goal is to create a sustainable city where people, nature, and the future coexist.”

Police have set up a police line at the Seoul mayor’s official residence in case of a contingency.