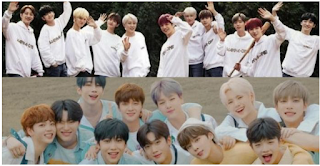 Pann: Negative influence Produce 101 has put on the music industry


2. [+102, -0] Since Produce 101, the fandoms became systemized. There are so many things to do now. It used to be just streaming digitals but now we have to watch Youtube music videos, Naver TV videos, and stream/download songs like a war. The voting, too… It’s because the akgaes are so much worse now so the competition is worse.


4. [+54, -0] Since the boy version of Produce 101, it was a slow season for boy groups so the boy groups that debuted in the second half of 2016 all flopped. SF9, Victon, Pentagon… But Pentagon climbed back on the chart with Shine and SF9 is rising with Extraordinary You. Victon was a recognized rookie group but they were forgotten by Produce 101 and then ironically got recognized by Produce 101. I hope the 2016 groups do well.


7. [+41, -0] The idol scene was already dying and Produce 101 was just a nail on the coffin. Honestly, you can tell that there’s a lack of talents now. I don’t see any idol that has potentials to be huge. The market is dead, I don’t think it’s fair to blame Produce 101 only.


8. [+34, -0] I think it’s this. People got to pick the idols and make them debut, so they thought they had power to abuse and started insults. As a result, the scene became messy.


10. [+30, -1] It was all good until season 2. They should’ve stopped there. It’s good that things are revealed now, at least. Or else they would’ve done a new season every year. It’s good that Produce 101 isn’t continuing anymore.