Insider says Won Bin’s long hiatus is due to him choosing a project carefully – K-POP, K-FANS 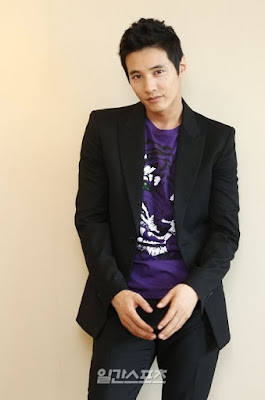 Insider from film industry: “Unlike what the public thinks, it’s not like Won Bin is refusing to make a comeback. He’s actively taking scenarios to choose a new project. But he’s very careful to choose one so he doesn’t sign easily.”


In 2016, he was reported to come back with a new movie. He had suggested a film director to buy the publication rights of a British movie ‘Still Life’ and even participated in the planning. But when the scenario of Korean ‘Still Life’ was completed, Won Bin rejected it and its production was put on a pause. They’re still revising the scenario but it’s undecided whether Won Bin will take it or not. Currently, Won Bin is looking for a new project other than ‘Still Life’.


Lee Na Young: “Like Me, Won Bin seems to want to communicate with a project. He’s interested in humanism. Because he’s looking for scenarios in that particular genre, there aren’t many options. But the options are getting broader so I think he could start a new project soon. Because he hasn’t done one for a long time, he’s getting criticisms unlike his intent.”


2. [+2664, -490] As if his previous movies were too great for him to choose a new scenario ㅋㅋ He’s just not shooting one because his CF earnings are good enough.


5. [+209, -17] I think trying a comical character would be a nice change. In his movies and CFs, he always looks cool. In this aspect, Lee Byung Hun is really amazing. He does a lot of weird CFs, too. He was controversial for his private life but it didn’t affect his acting career at all which is surprising.


7. [+185, -4] If he keeps being overly careful like this, he’ll end up like Lee Young Ae. She came back with Saimdang after 14 years which flopped completely. Does he want to end up like her?


10. [+104, -5] I know his acting improved since Autumn in My Heart but isn’t it too much to spend 9 years to choose a project? How grand is his next project gonna be?


12. [+99, -3] Regardless of what job it is, taking 8 years of hiatus will make you lose the skills. Look at Jang Dong Gun. Every movie of his doesn’t hit big but he’s done a prosecutor, mafia, lawyer, basketball player, warrior, soldier… There isn’t a role that he hasn’t done. I don’t think Won Bin has much desire in acting.