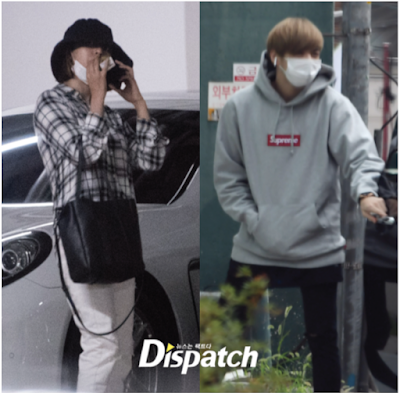 1. [+1403, -28] Dispatch considered a lot for them. If you go on the Dispatch site, it says the article was first written on July 20. At least they secured the album sales for him ㅋㅋ

2. [+1082, -185] Wow ㅋㅋㅋㅋ What’s with these idols dating not too long after debuting… Can they please think about the days when they were desperate to debut, ugh… I’m just amazed at other idols who never had any dating news ㅋㅋㅋㅋ How strict are they?

6. [+663, -19] They can date if they want to. I’m not saying that dating is bad but Kang Daniel is just starting his career. He should’ve thought about his fans who waited through the conflict of his agency and put his career first, not dating. That’s how he can repay to his fans who waited for him. But I guess dating was his priority.

7. [+581, -16] The fans must be hurt… Kang Daniel is said to have cut off contacts with the members because of his agency conflict but he’s dating around…


(The Dispatch article was first written on July 20. Dispatch must’ve made a deal with Kang Daniel’s reps not to report the dating news until the first week sales are completed. As a result, he sold 460K in the first week.)


4. [+128, -12] Kang Daniel had income distribution dispute during Wanna One, agency dispute after, and other unlikeable issues. Jihyo is too good for him ㅠㅠ


5. [+113, -5] I’m frustrated with those who are saying that nothing is wrong with dating ㅋㅋ The fans had a hard time when Kang Daniel was in a lawsuit with his agency. They went through all that together and supported his solo debut really hard with sales, comments, and streaming. A rookie who debuted just 2 weeks ago is dating and live in UN Village ㅋㅋㅋㅋ Drives me crazy.


(A worker in a nearby building said that people in the neighborhood knew Daniel and Jihyo were dating because they left their door open at night and were loud. Jihyo was also spotted recycling food delivery boxes and alcohol bottles.)