Koreans continue to grapple with Coronavirus as cases surpass 3,000 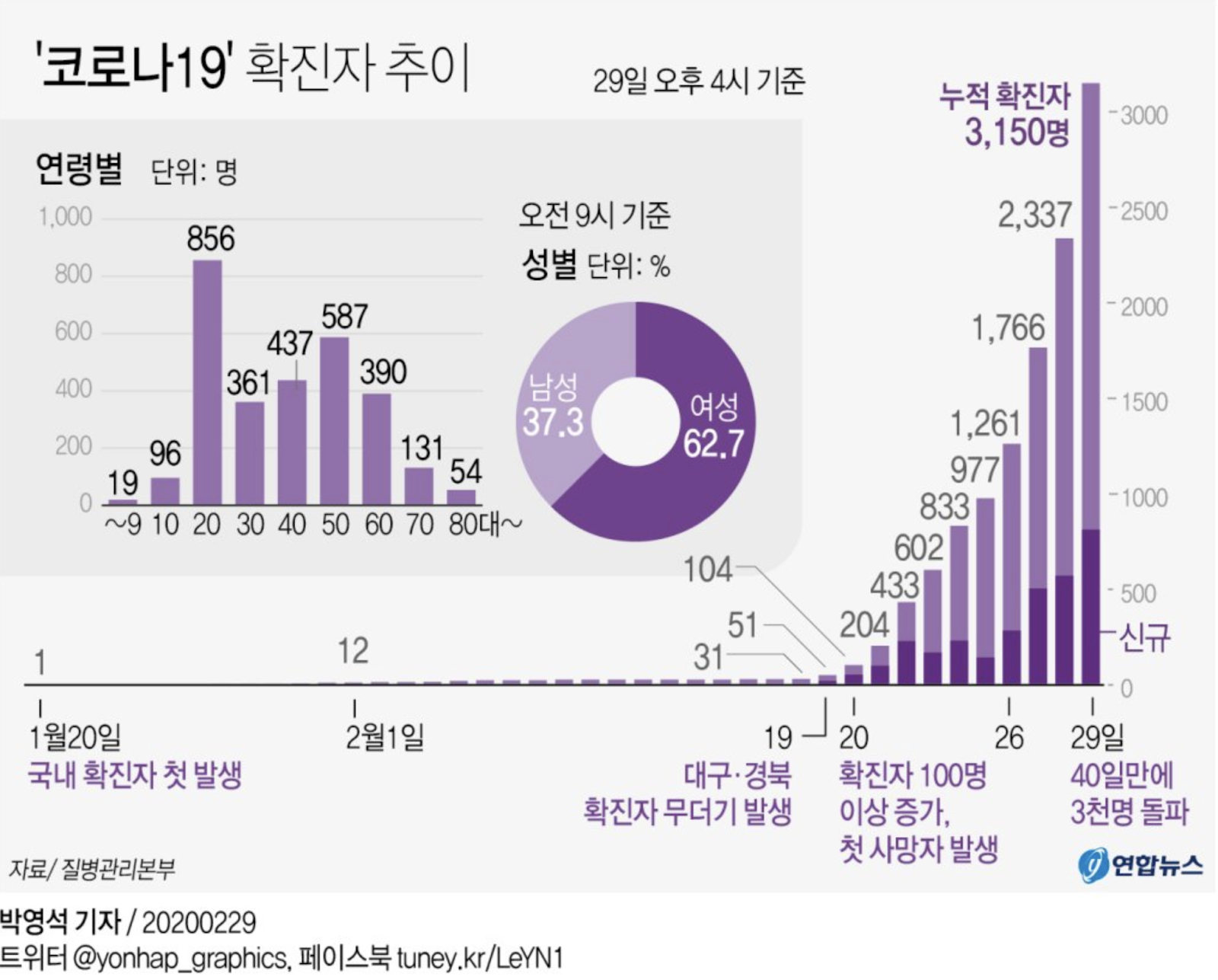 Koreans are trying to grapple with the rapidly increasing cases of Coronavirus.

The number of coronavirus cases exceeded 1,000 on the 26th, then entered 2,000 on the 28th, and a day later increased to over 3,000 cases. It’s been 40 days since the first Coronavirus case was confirmed for the first time in Korea on the 20th of last month. 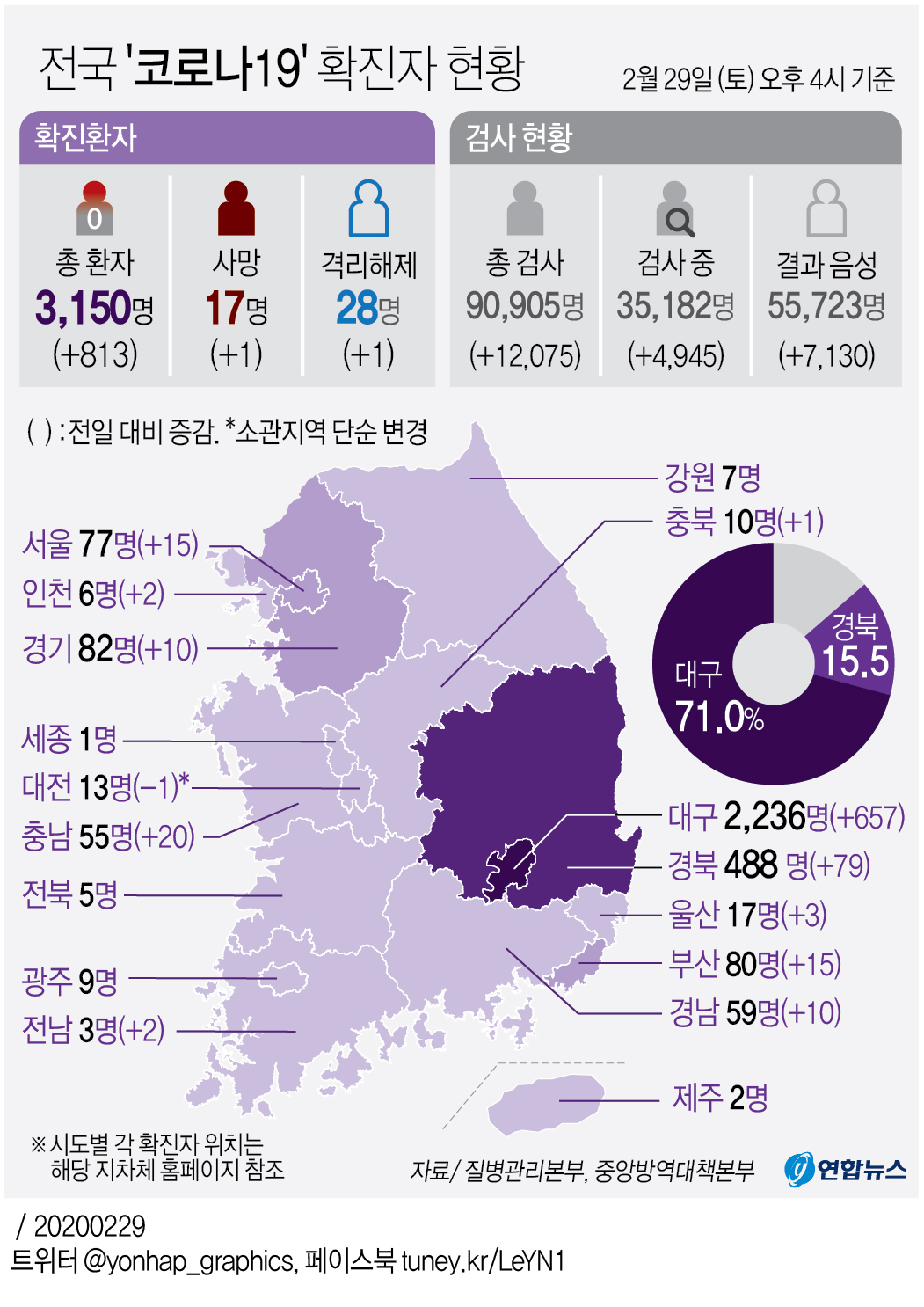 The number of confirmed cases among Shincheon-ji church goers is also increasing as 1,300 out of 9,000 tests have been requested. The path of infection has yet to be disclosed but its estimated that many more cases from Shincheon-ji are expected to be added.

In the meantime, over 90,000 in Korea were diagnosed with Corona19 symptoms. Except for confirmed patients, 9,905 patients have been tested of which 5,723 were confirmed “negative”.