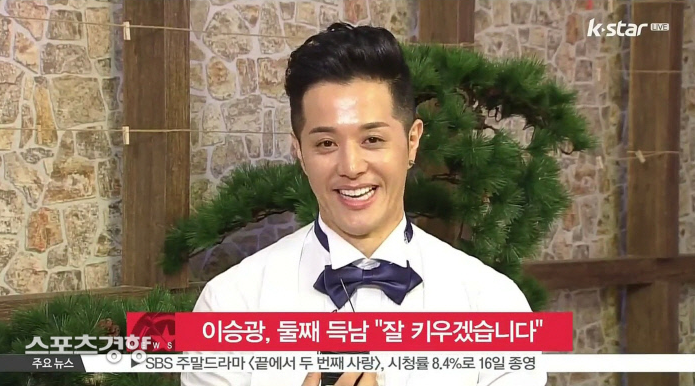 Lee Seung Kwang of old school hip hop group Goofy is under suspicion of being a Shincheon-ji.

In November last year, he wrote on his Instagram, “My beloved sister has entered the patch of faith. After 12 years of preaching by our parents she has finally met God.” He then added the hashtags #familyoffaith #familyevangelism #100000completion.”

The tag #100,000 completion was a tag used by Shincheon-ji to signify the 103,674 people that completed their graduation ceremony last year leading to suspicions that his family is shincheon-ji.

In the meantime, Lee Seung Kwang vented his anger on the 16th after the Democratic Party won over the United Party winning 180 seats in the 21st general elections held on April 15th writing, “Is this really our country? The era of socialism has really come. We need to wipe out the crazy communist regime. I need to start preparing to hold salute time to honor the new leader. This will be an era where businessmen will make money through embezzlement and illegal acts and ordinary people will only be ripped off. I think a lot of people will leave as of today.”

His words caused controversy and he’s currently under criticism by the public for his rude words. 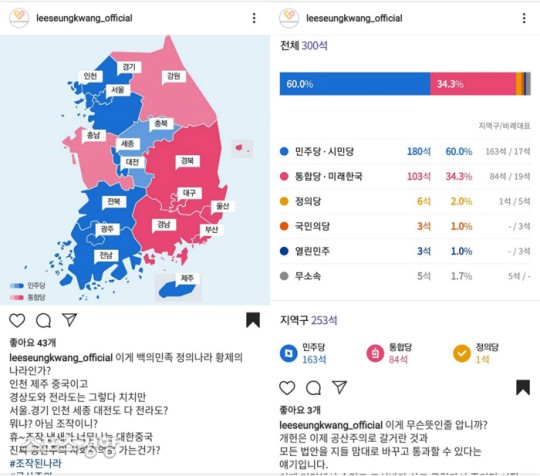