Over 250,000 Koreans petition against a five-day funeral for Seoul Mayor Park Won Soon 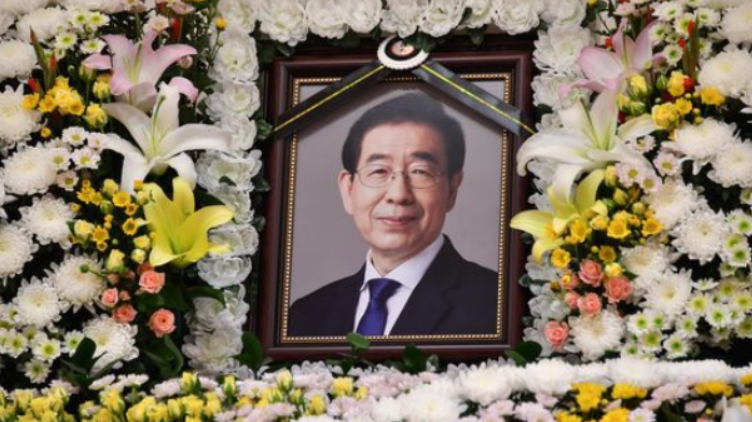 A petition titled “I oppose holding Seoul Mayor Park Won Soon’s funeral for five days” was posted on the Blue House Website and in 12 hours, the petition had received over 250,000 signatures. 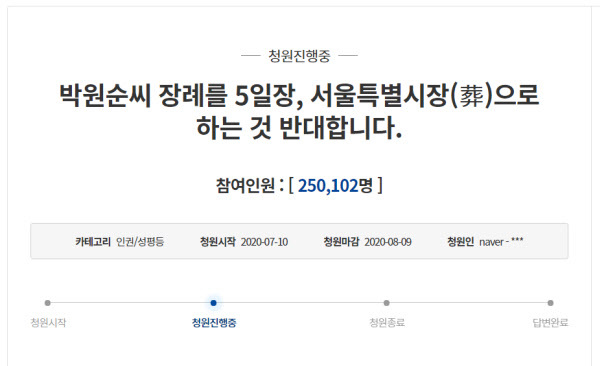 According to Blue House rules, if a petition receives over 200,000 signatures, officials are required to give an official answer.

Earlier, Seoul Metropolitan Government Director stated in an emergency briefing on the 10th,“that Mayor Park’s funeral will be held over five days at the Seoul National University Hospital as this is the first time a Seoul Mayor has died while in office.” 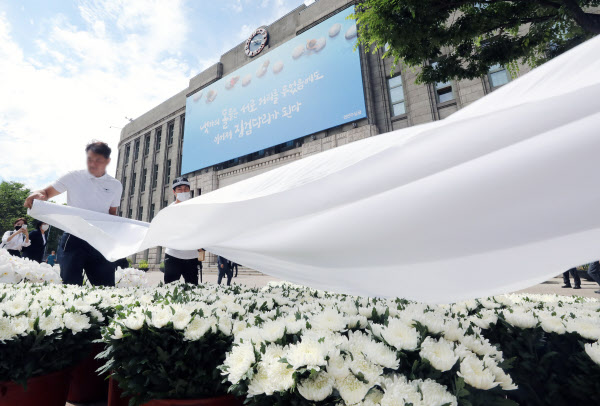 Afterwards a petition was posted on the Blue House petition site stating, “Just hold it quietly as a family funeral. The sexual harassment allegations ended without any investigations because of his death so how is this a fair situation? Should the public be forced to watch this spectacle of a funeral over five days just because a powerful politician committed suicide due to allegations of sexual harassment? I think it’s only right to hold it quietly as family funeral.”