Police have tracked down 15,000 IDs & 70 people who paid admission fees to Cho’s chatrooms 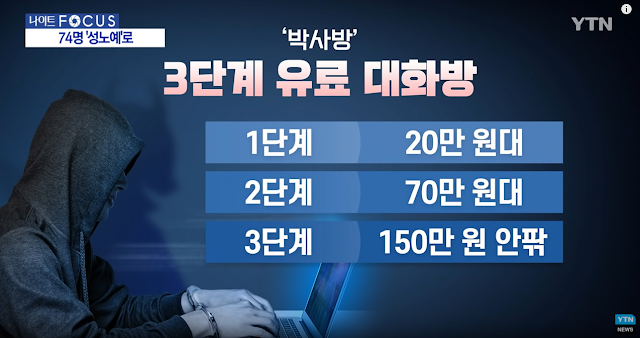 While tracking his criminal profits from data seized from his cryptocurrency activities, police were able to compile a list of 70 people who sent admission fees to Cho Joo Bin.

According to police, Cho posted 3 encrypted wallet links in his “Nth room” to receive the admission fees. Two of them were fake as the links can be found via Google search and were probably posted to confuse the investigation. But the other link was the real address used by Cho.

Police also stated that they have secured 15,000 IDs (nicknames) used in the chatroom. This is not the sum of only the paid members but rather all the participants involved in the chatroom. A police official from the Seoul Metropolitan Police Agency stated, “There is a possibility that one person may have used multiple nicknames so its hard to conclude that the actual number of members is 15,000. The 15,000 ID’s may also be borrowed or stolen as a way for the subscribers to hide their identities.”

Police have also finished analyzing all but two of the twenty pieces of digital evidence including nine cell phones obtained from the seizure search. A police source stated, “We haven’t found any meaningful data from seven of the cellphones but we’re still working on the remaining two. Cho admitted to his crimes but he’s refusing to cooperate with unlocking the cell phones. He’s trying to play with investigative authorities pretending to unlock it. He still thinks he can sway the world. He’s that evil.”

In the meantime, President Moon has asked the government to form a task force that includes not only related ministries but private experts to root out digital sex crimes. But lawyers are concerned that Cho and others involved in the controversial chatroom might end up getting away as only 20% of these cases have been punished in court and even then, the prison sentences are short, between 6 months and one or two years in prison.