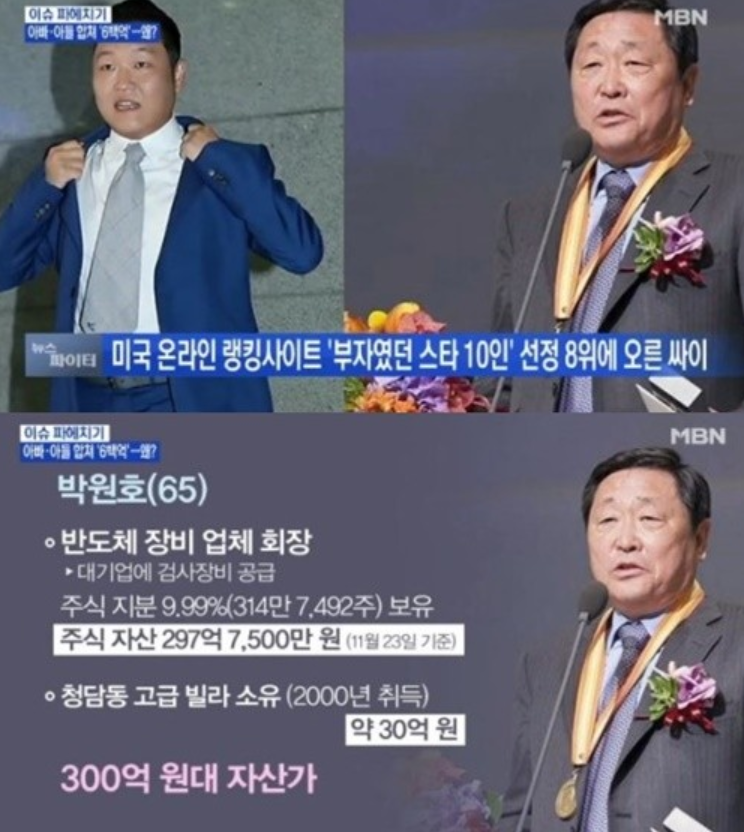 Lotte Giants pitcher Song Seung Jun purchased the building in 2016 for 2.7 billion won and sold it to Psy’s father for 4.3 billion won. The building itself is located in Seongsu-dong well-known for its celebrity sightings. Actors Kwon Sang-woo and Won Bin as well as Zico, Lee Junghyun and baseball player Lee Seung-yeol also own buildings in the area.

Psy also owns two buildings in the same area that he purchased in cash for 2.675 billion and 5 billion won, respectively.