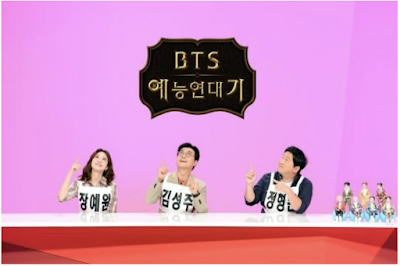 ‘BTS Variety Show Chronicle’ – Airing at 10PM on the 11th


“This program will be a chance to look back on the history of BTS since their debut stage to the SBS variety shows that they’ve guested on. It will also show the interviews and reactions of the casts at that time, which will be interesting to look at from the current perspective.”


Pann: Is BTS some kind of great men?


7. [+127, -6] You must be thinking the billboard is like Melon because a Korean artist is on the billboard. Charting #1 on the billboard is an amazing result. It wasn’t just a regular #1. They were #1 for 2~3 albums. I heard that Boy With Luv was still charting, too. They also won a bonsang with Top Group Award. They’re selling out the stadiums with their world tours. Don’t you agree that they’re a living legend in the music industry?


8. [+102, -4] At least BTS is actually popular. So many celebrities without actual popularity got this kind of treatment before.