Seventeen’s episode on ‘Knowing Brothers’ gets the lowest ratings this year – K-POP, K-FANS 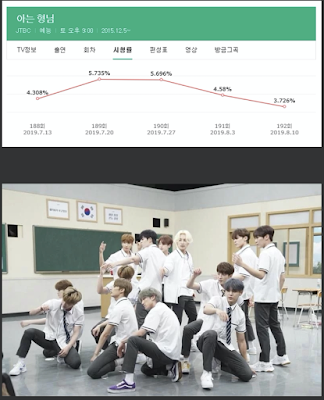 Seventeen’s episode got 3% ratings, which is the first time in a year


Pann: Ratings of yesterday’s Knowing Brothers which was said to be legendarily boring


2. [+295, -11] The program members aren’t as hyper when they don’t know the guests well. People might know Seventeen as a group but not the individual members.


4. [+186, -7] It’s not just the boring part that made the ratings hit low. A lot of people skipped the episode because it’s a boy group. Besides, it’s the boy group with the biggest number of members so far on the show. Do you think people would look forward to that? Those who have never seen Seventeen must’ve found it too chaotic. Yesterday’s episode wasn’t enough to pull out each member’s charm, either.