Article: “I’ll do OO when I get paid,”…a Shincheon-ji company staff swore

Lee Man Hee, the founder of Shincheon-ji cult had all employees sign a “confirmation vow” to donate their salaries to mission activities basically working “for free.” Kim Nam Hee, the company CEO was no exception. He didn’t receive a salary except for formal payments made due to tax issues.

Kim was able to facilitate the embezzlement by having the “believers” deposit their salary donations directly into his account before he’d make the transfer to company accounts. According to the charges, he was able to embezzle 1.4 billion over 14 occasions and used the funds to pay his personal debts and gift taxes.

He also withdrew 100 million won to build the Shincheon-ji history Museum and 400 million won for a training institute. But according to officials, the withdrawals did not meet sufficient business purpose because Lee Man Hee and Kim Nam Hee were listed as principal owners of the training center instead of the Church.

Last month, the Supreme Court sentenced CEO Kim to a suspended 2yr prison sentence for three years probation. He has filed to appeal the court’s conviction. 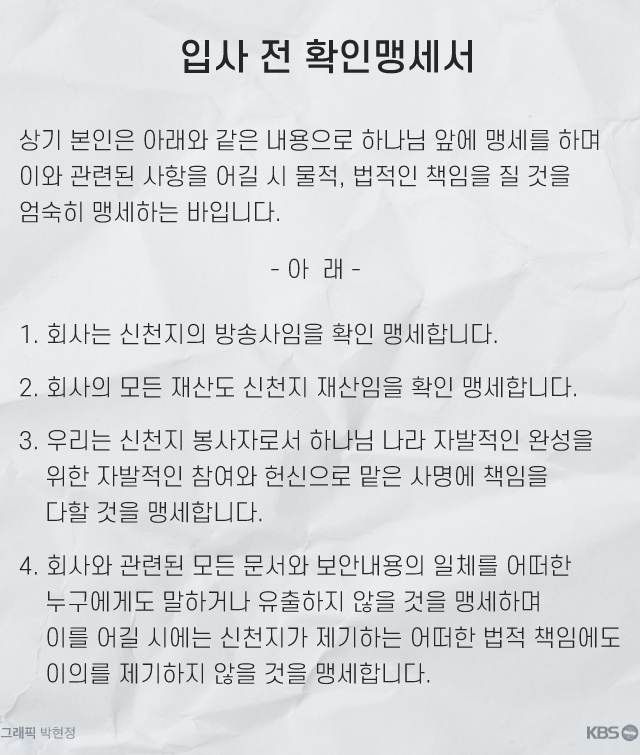