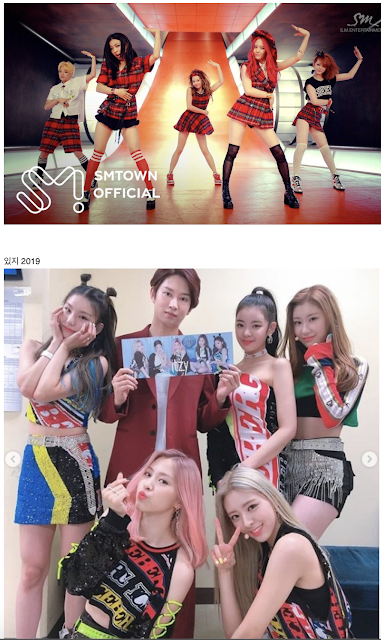 Pann: F(x) vs. Itzy, which had a bigger impact with their debut?


1. [+339, -657] F(x) had zero impact ㅋㅋㅋㅋ La Cha Ta and Nu Abo weren’t hits and I think they barely won #1 with Pinocchio? People romanticize f(x)’s past because they’re ignored as a group but they don’t have a hit song except Hot Summer. Red Velvet’s Red Flavor can beat any of their song.


3. [+176, -22] I can tell that these people aren’t from f(x)’s generation ㅋㅋㅋㅋ F(x) had no impact. They’re acknowledged now but before they got so much hate for their weird concepts. They didn’t chart well, either.


4. [+116, -8] How old were you when f(x) debuted? So funny ㅋㅋㅋㅋ All f(x) was famous for was Sulli’s visual. The rest of their stuff had no impact. Their debut song wasn’t public-friendly, either. You should compare with Miss A instead. When Miss A’s MV was released, the gif of Suzy went viral on both male-dominated and female-dominated sites. Their debut song was a huge hit which left a great impact. Even non-fans who weren’t interested in idols liked and listened to Miss A. But f(x)? Krystal and Victoria took some time to get known for their looks but they weren’t issued at debut. Itzy’s Dalla Dalla is a big hit and Yeji is popular on female-dominated sites but the public doesn’t know the members yet. Honestly, it’s the responses of non-fans that show the actual popularity. I don’t understand why the comments are romanticizing f(x)’s past.


5. [+86, -11] F(x)’s debut didn’t really leave an impact, though? They were a girl group from SM and they were media-played a lot as Jessica’s younger sister, Sulli’s visual, and a boyish member but they weren’t popular at debut. Nu Abo was infamous because of its lyrics. Pinocchio and Electric Shock were decent hits but they were never a 1st tier group. It’s not until Rum Pum Pum Pum that they exploded with Krystal’s popularity, tennis skirt, and the concept.


8. [+47, -9] It’s not up for the young kids to decide ㅋㅋㅋ I’m 25 and f(x) got no response when they debuted. Itzy’s debut had a bigger impact ㅋㅋㅋㅋ F(x) started rising since Nu Abo and even then, they didn’t become very popular because there were many other good singers ㅋㅋㅋ